1.      it must (mainly) be limited to an analysis of his Histories rather than making assumptions based upon what we know about Thucydides the Historian from various later biographies and scholia (though it does serve us well to look at these sources, as long as we remember the potentially dubious nature of their reliability)- however a look at other sources of the day might help see if his views were typical or not.

3.      there is then the problem of understanding how Thucydides would have understood the concept of ‘political views’, (and how it might be an anachronistic term) with its modern day implications that can be as varied as to which political party your allegiances lie with, to the philosophical politics of the ‘ideal form of government’ (cf. Plato’s Republic).

Typical political views of the 5th C. BC 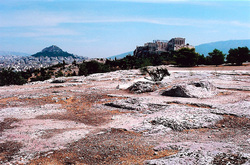 
These definitions are very clear cut, and in fact it was often more the case that the lines between these political groups became blurred, or started to include elements of other groups, the most famous of which was the ‘Protoandrarchy’ of Pericles (and to a lesser extent, Themistocles).

Other elements to consider:

The difficulties that Thucydides’ objectivity presents when assessing his views

Whereas there is a danger in assessing Thucydides’ political views through biographies, there are difficulties in finding Thucydides’ political views in his Histories, due to the objectivity of his writing; Peter J. Fliess admits that“his [Thucydides’] political views are not easily accessible…” (Fliess. 1959. Political Disorder and Constitutional Form: Thucydides' Critique of Contemporary Politics. The Journal of Politics, 21, 4, pp. 594). The speeches and views that are given by his protagonists and antagonists in the actual narrative might not be his views, but textual analysis might show them to be so, or imply them to be so (Cf. works on Thucydides’ speeches).

There are those who see the Melians (in the Melian Dialogue) as showing Thucydides’ own views, whilst others, like Mara, disagree (Mara. Thucydides and political thought. In ed. Salkever. 2009. The Cambridge Companion to Ancient Greek Political Thought. Cambridge University Press, pp. 109; “echoing de Romilly, a number of commentators have read the Athenian position as stating Thucydides’ own.”).

The same can be said of Diodotus’ speech to the assembly (at 3.42ff.) where he persuades the assembly to reverse its harshness towards Mytilene’s democrats.

Nevertheless, Thucydides does pass his own judgements on occasion, quite clearly as his own views, within his narrative

From Marcellinus’ work and other sources of the day, we can say with a certain amount of security:

However, whilst this family relationship is dubious (Ibid. McGregor thinks otherwise) it is certain that Thucydides was from an aristocratic family, the logic being that he would then have aristocratic views himself (Thucydides himself shows at 1.17 the self-preserving nature of another form of rule) so whilst Thucydides’ political views might be assessed from this point of view, very little of any great deal of certainty might be gained from it. But the assumptions which can be made would be that Thucydides, from a very early age, would have grown up in a family with anti-Periclean attitudes and one that was not fond of democracy (Ibid, pp. 95).


Therefore, if Thucydides sees faults in democracy, perhaps his favour lies with another form of political government; the problem being that it seems Thucydides finds faults with all forms.


For Thucydides oligarchy and tyranny are not the best political ideals. 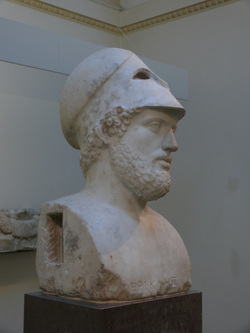 On a deeper reading, despite the more typical views that Thucydides’ was an admirer of Pericles, it can be shown that Thucydides finds fault with the Periclean aspirations of Athens’ political wellbeing, since they undermine Athens’ political stability. When Pericles inevitably dies, there is a power gap which causes political tension (Montgomery. 1942. Thucydides and Geopolitics. The Classical Journal, 38, 2, pp. 95; “Thucydides was well aware that power balance was a prerogative of the Great Powers” (Thucydides, 1.32)).

One of the clearest judgements that Thucydides himself makes is made at 8.97, he says that the 5,000 were the best form of government that Athens had had in his time. Surely this is then hypocritical if he has already previously shown that the rule of the people is flawed.

The key thing to remember is that Thucydides says ‘at the time’.


As such it would seem that Thucydides can find flaws with all forms of political government, so none is perfect in his eyes, but some are perhaps better than the rest. Nevertheless, what might be the case is that the better form of politics changes between location, tradition and circumstance, or rather, that the most stable form of politics is the best; an observation which Thucydides makes of the Spartans at 1.18 is that the stability of their politeia made them strong (Ober. 1998. Political dissent in democratic Athens, intellectual critics of popular rule. Princeton University Press, pp. 66) and is further supported by the fact that Thucydides’ criticism of Pericles is the political instability that his death causes.